Santa Marian Kamalen, also known as Our Lady of Camarin and informally known as Dulce Nombre is a title of the Blessed Virgin Mary associated with an image in carved molave wood and ivory venerated by the Roman Catholic faithful of Guam as their patroness on the 8 December.

Of the legends claim that the image was brought by the Spaniards through the galleon ship Nuestra Señora del Pilar de Zaragoza y Santiago which was wrecked on 2 June 1690 on Cocos Island of Guam. The image was said to have been engraved on the ship by its sailors.

An account of its discovery maintains that a fisherman found the statue along the shore of Merizo. He saw the image accompanied by crabs with votive candles, later interpreted as miraculous by the natives of the region. The image later earned the title of Kamalen, literally barracks due to the image being stored in a nearby infantry compound after being found by the fisherman.

The image is approximately 28 inches tall and weighs 48 books. The image is made of polychromed Molave ​​wood and ivory head and hands and wears a human hair wig. Image custodians rescued the statue on December 8, 1941 at the start of World War II, when the image was hidden for safekeeping. The image was rededicated at the cathedral on December 8, 1945, the feast day of the Immaculate Conception.

In 1948, the image was brought to the Philippines for professional restoration by renowned Filipino artist Santero Máximo Vicente, who also restored the Black Nazarene from Quiapo.

Popular legends also tell of the image that survived the 1902 Guam earthquake, which destroyed the shrine and many statues in the church but left the image intact. 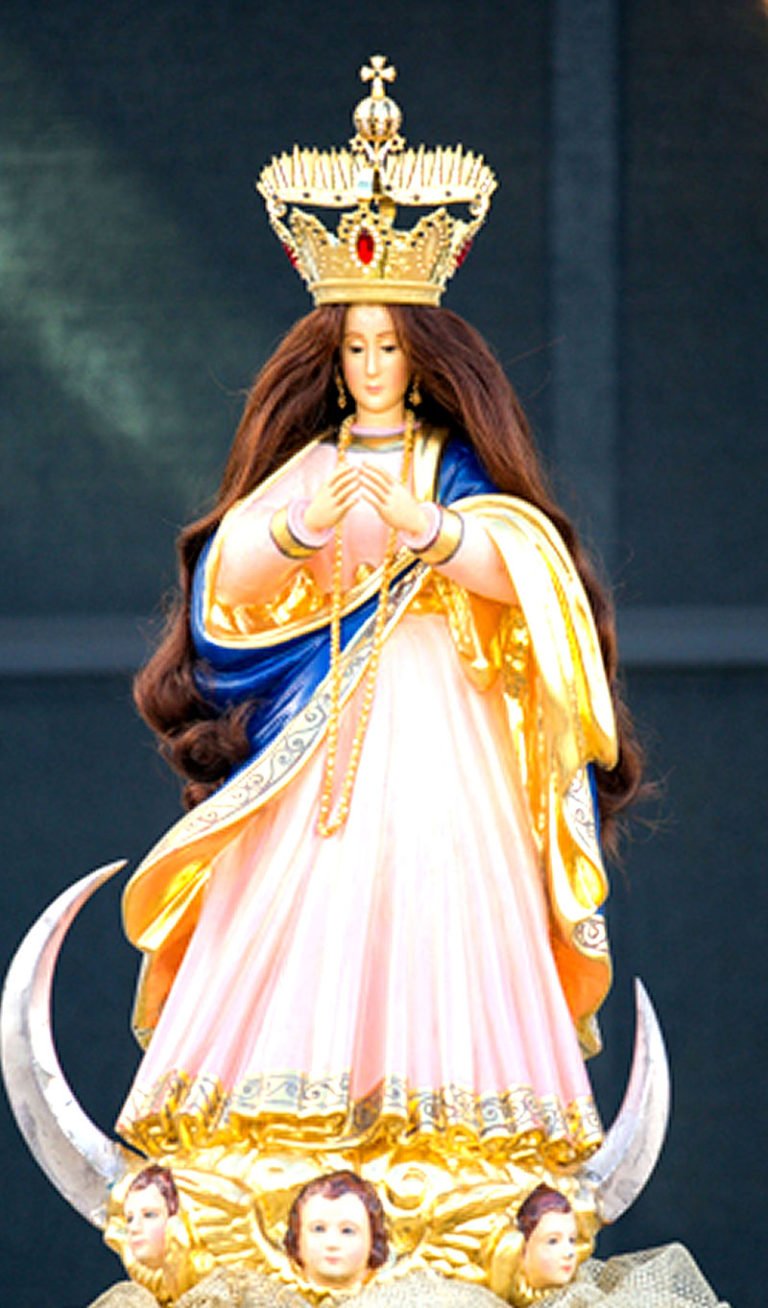