Septimontium, the ceremony of the seven mountains

The Roman writer Festus Grammaticus (or Sextus Pompeius Festus) traces the existence of Septimontium to the legendary king of Rome Numa Pompilius.

It was an annual feast celebrated, on a fixed date, two days before the ides of December, that is to say the December 11. It is up to Joseph-Juste Scaliger to be the first to propose the date of December 11. He was followed by Fulvio Orsini.

The date of its celebration is known to us thanks, on the one hand, to Fasti Guidizzolenses and, on the other hand, to the calendar of Furius Dionysius Filocalus. the 12 September, appearing in the calendar calendar of Polemius Silvius, is considered erroneous. the December 11 is an important date. Indeed, for the Roman agronomist Columella, it is the day when, in principle, the sowing comes to an end. But it is also the day of the celebration of one of the four Agonalia : the one dedicated to the god Sol Indiges.

According to Festus, theTo party involved sacrifices (sacra) which figured among the number of public sacrifices (publica sacra). According to the Roman jurisconsult Ateius Capiton, quoted by Festus, it was not a public feast but a feast celebrated pro montibus.

This feast was originally reserved exclusively for people of Latin origin (the very first inhabitants of Rome) which would confirm that it was a very old feast, which could even predate Numa Pompilius and thus correspond to the first extension of the city's urban center on Palatine Hill (Roma quadrata) to the surrounding hills. Under King Servius Tullius, the celebration of the Septimontium would have been extended to the descendants of the Sabines living on Mount Quirinal.

the Septimontium becomes a public celebration under the Empire, from the principate of Domitian.

According to Plutarch, it is customary, during the Septimontium, not to use a harnessed chariot. According to Suetonius, the Emperor Domitian innovated by offering a sumptuous feast to the people of Rome during a Septimontium.

On this day, the Romans began the festival of Septimontium. A procession starting from the Palatine Hill and traversing the Seven Mounts and sacrifices honored the heroic Greek princes who came from Argos to Lazio with Hercules, who would have driven the Siculi and Ligurians from the site where Rome will be built. #mythology #mythe #legend #calendar #11December #Rome #Hercule #septimontium 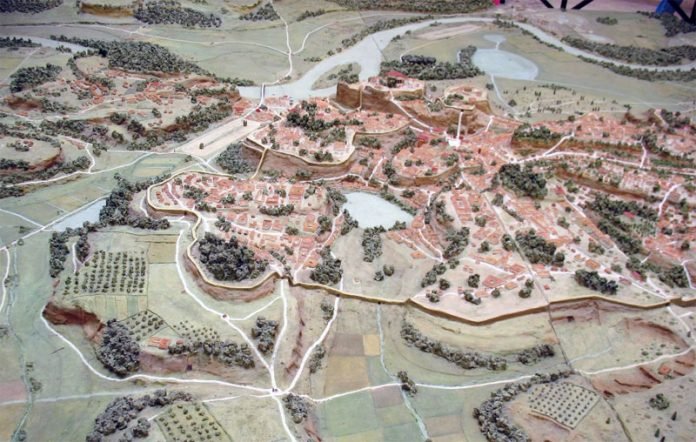