Assigned to Gaul, to Amiens, one evening in winter 334, the legionary Martin shared his coat (chlamys; military coat made of a rectangular piece of wool) with a disinherited person, chilled with cold, because he already had no more pay. after generously distributing his money. He cut off his coat, or at least the lining of his pelisse: the coat belonged to the army, but each soldier could lining it inside with a fabric or a fur, at his expense.

The following night, Christ appeared to him in a dream, dressed in the same side of his mantle.. He was then 18 years old. The rest of his mantle, called a “cape” was placed later, to the veneration of the faithful, in a room whose name is the origin of the word chapel.

C’est aussi le temps où les grandes invasions germaniques se préparent ; les Barbares sont aux portes de l’empire ; depuis longtemps déjà les milices auxiliaires des légions sont composées de mercenaires d’origine Germanic. En March 354, Martin takes part in the campaign on the Rhine against the Alamans; his religious beliefs forbid him to shed blood and he refused to fight. To prove that he is not a coward and that he believes in providence and divine protection, he offers to serve as a human shield. He is chained and exposed to the enemy, but for some unexplained reason the barbarians demand peace.

Martin became a major evangelizer of Roman Gaul. He founded the prestigious abbey of Marmoutier after being appointed Bishop. But, at the residence made available to him by the city - of which he led the diocese for more than 25 years - it was in his cell dug in the cliff of Marmoutier that he preferred to meet, although his monastery was there. one of the most powerful in the West.

He creates the first rural churches, meets the poor and the powerful. On his death, Tours became the third city of pilgrimage after Rome and Jerusalem.

Today, the Catholic world of the Germanic peoples (francs included) celebrate Saint-Martin. He developed Catholicism throughout Europe and his name became a symbol of Sharing. He gave his name to 3,700 churches, 14 cathedrals, 220 towns in France and thousands around the world. Martin is the most frequent surname in Europe and a first name always in the tops. #mythology #mythe #legende #calendar #11November #saintmartin #martin #eglisecatholique 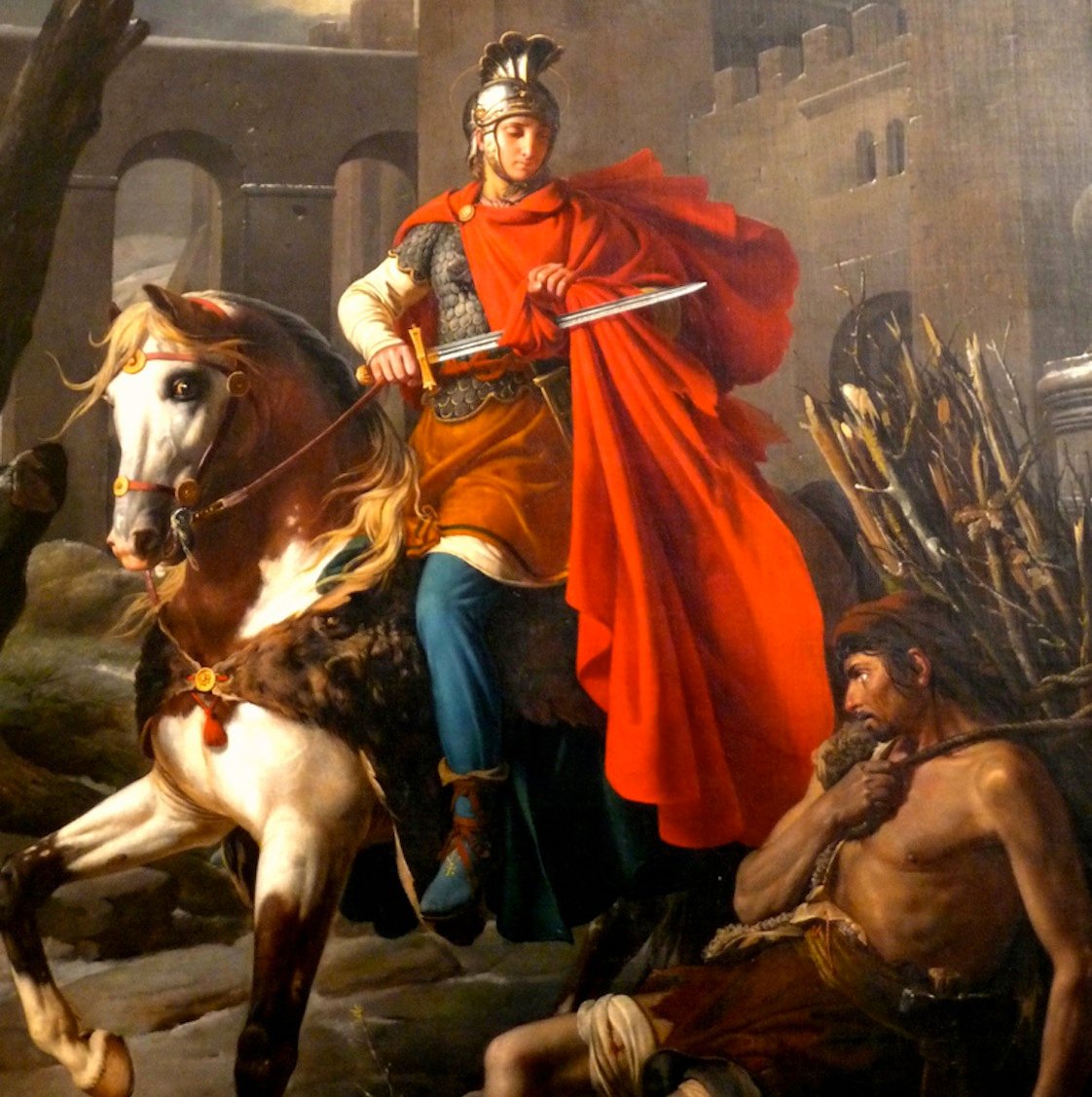