Samhain's Day takes place at the beginning of November and the first of this month is chosen as the conventional date. However, the chronological elements provided by the texts make it possible to envisage an extended mythico-ritual complex. Variations can be observed locally: the "Old Samain" took place on the 7th (Old Hallowe'en), the 11th or the November 12. "

Samhain is believed to have originated as a feast where Celtic society gathers for ritual banquets; its sacred character places it under the authority of the priestly class of druids and the presidency of the king. According to the tripartite ideology of the Indo-Europeans defined by Georges Dumézil, the three classes of society (priestly, warrior and craftsman) are associated with the ceremonies..

This Assembly religious and social gradually disappeared with Christianization, but it remains attested until the XIIe century in medieval Irish literature. Indeed, although the mythology Gaelic (Goidelic) is derived from the oral tradition, it was recorded by the Irish monks of the Middle Ages, who took advantage of this to partially Christianize it. Their writings can nevertheless give us many clues about the nature of the festival of Samhain and the way in which it was celebrated among the Celts of Ireland.

Irish mythology teaches us that Samhain is one of the four festivals of the year. The Tochmarc Emire, a story of Xe century which tells how Cúchulainn courted Emer, presents Samhain as the first of these "four days". Among the Gaels, Samhain was associated with the assembly of Tara, which was held for a week around the 1er current November.

The last time this very old assembly would have been held would have been in 560. However, Samhain's motives, like those of Tara's assembly, remain difficult to assess. According to the written sources, it can be to pass new laws, to dispense justice, to celebrate the end of the harvest, to celebrate official marriages.

The notion of passage is also found at this time, between the world of humans and theOther world residence of the gods (the Sidh). The adventures of heroes, or exceptional men, who go to Sidh (usually at the invitation of a Bansidh), and spend a few pleasant hours there, have been told. The time of the gods not being the same, their stay is, in fact, several centuries and, when they return to their homes, they cannot live since they have been dead for a long time.

The holiday itself actually lasts for a full week: three days before the November full moon, on the full moon day itself, and then three days after.. For the Celts, this period is between parentheses in the year: it belongs neither to the one that is ending nor to the one that is about to begin; it is an autonomous duration, out of time, "an interval of non-time".

It is the passage from the clear season to the dark season, which marks a break in daily life: the end of fighting for warriors and the end of agricultural work for farmers-breeders, for example.

Today, the Celtic peoples celebrate Samain or Samhain. It is a celebration of transition — the passage from one year to another — and of opening towards theOther world, that of gods and spirits. It is mentioned in many Irish epic tales because, by definition, it is conducive to magical and mythical events. #mythology #myth #legend #calendar #November 1st #Celtic #Samain #samhain 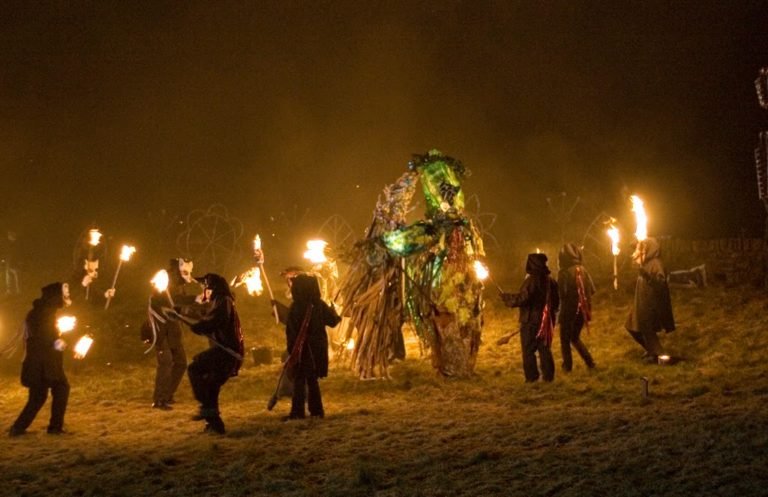