Ferālia was an ancient Roman public holiday celebrating the Manes (Roman spirits of the dead, especially the souls of deceased people) which fell on the 21 February, as recorded by Ovid in the book II of his Fasti. This day marked the end of Parentalia, a nine-day festival (February 13-21) honoring deceased ancestors.

Ferālia, in honor of the Manes

Roman citizens were ordered to bring offerings to the graves of their deceased ancestors which consisted of at least "an arrangement of wreaths, a pinch of grain and a little salt, bread dipped in wine, and scattered violets" . Additional offerings were permitted, but the dead were only appeased with the above. These simple offerings to the dead may have been brought to Latium by Aeneas, who poured wine and scattered purple flowers over the tomb of Anchises.

Ovid recounts a time when the Romans, in the midst of war, neglected Feralia, causing the spirits of the deceased to rise from their graves angrily, screaming and wandering the streets. After this event, grave tributes were then made and the horrible hauntings ceased.

To indicate public mourning, weddings of any kind were prohibited on the Feralia, and Ovid urged mothers, wives, and widows to refrain from lighting their wedding torches. Magistrates ceased to wear their regalia and all worship of the gods was forbidden as it “should be concealed behind the closed doors of the temple; no incense on the altar, no fire on the hearth”.

On this day, the Romans honored the Manes during the last day of Parentalia, Ferālia. Offerings were placed on the graves of ancestors to appease the Manes and prevent them from haunting the streets. #mythology #myth #legend #calendar #February 21 #feralia #parentalia #rome 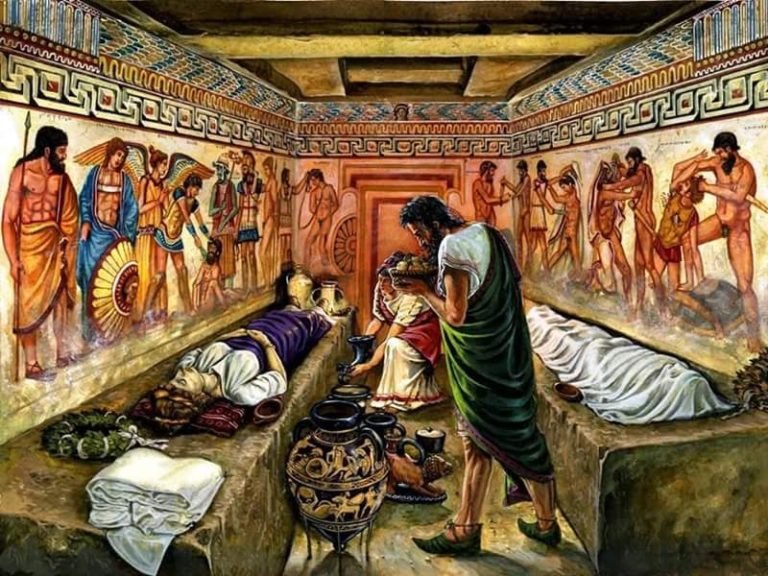