The Great Mysteries OfEleusis took place in Boedromion – the third month of the Attic calendar, falling in late summer around September Where October – and lasted ten days.

The Great Mysteries of Eleusis

The first act of the Great Mysteries of Eleusis (the 14th Boedromion) was the transportation of sacred objects from Eleusis to Eleusinion, a temple at the foot of the Acropolis in Athens.

On the 15th of Boedromion, a day called the Gathering (Agyrmos), the priests (hierophants, those who show the sacred) declared the beginning of the rites (prorrhesis), and performed the sacrifice (hiereía deúro, here the victims).

The initiates (halade mystai) began in Athens on 16 Boedromion with the celebrants washing in the sea at Phaleron.

On the 17th, participants began Epidauria, a festival for Asklepios named after his main sanctuary at Epidauros. This festival celebrated the healer's arrival in Athens with his daughter Hygieia, and consisted of a procession leading to the Eleusinion, during which the mystai apparently stayed at home, performing a great sacrifice and an all-night feast (pannykhís ).

The procession to Eleusis started at Kerameikos (the Athenian cemetery) on the 18th, and from there people walked to Eleusis, along the Sacred Way (Ἱερὰ Ὁδός, Hierá Hodós), swinging branches called bacchoi.

At a certain place along the way they were shouting obscenities in commemoration of Iambe (or Baubo), an old woman who, by making dirty jokes, had made people smile Demeter mourning the loss of her daughter.

On arriving at Eleusis there was a night vigil (pannychis) possibly commemorating Demeter's search for Persephone. Insiders had a special drink (kykeon), of barley and pennyroyal, which led to speculation that its chemicals may have mind-altering effects from ergot (a fungus that grows on barley, containing psychedelic alkaloids similar to LSD).

On 19 Boedromion of the Great Eleusinian Mysteries, initiates entered a great hall called the Telesterion; in the center stood the Palace (Anaktoron), where only the hierophants could enter, where the sacred objects were stored.

Before the mystai could enter the Telesterion, they would recite: "I fasted, I drank the kykeon, I took it from the kiste (box) and after working it, I put it back in the calathus (open basket).

It is widely accepted that the rites inside the Telesterion for the Great Mysteries of Eleusis comprised three elements:

Combined, these three elements were known as aporrheta ("unrepeatable"); the penalty for divulging them was death.

Athenagoras of Athens, Cicero and other ancient writers cite that it was for this crime (among others) that Diagoras was condemned to death at Athens; the tragic playwright Aeschylus was reportedly tried for revealing the secrets of the Mysteries in some of his plays, but was acquitted. The ban on disclosing the essence of the ritual of the Mysteries was therefore absolute, which probably explains why we know almost nothing of what happened there.

On this day, the greek began the festival of the Great Mysteries of Eleusis. Those who divulge the mysteries are executed… #mythology #myth #legend #calendar #12September #eleusis 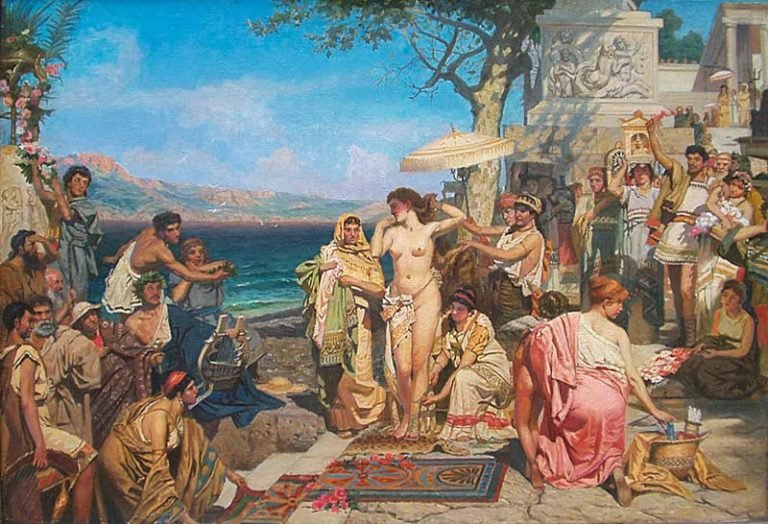